Home Online procedure for Double Bed Room Scheme in Telangana How to apply Double Bed Room Scheme in Telangana | Online Application...
Share on Facebook
Tweet on Twitter
Telangana is a state In South India, and it comes under the 29 States in India. In the Year 2014 on 2nd June Telangana was comes in Full fleged. When you speak about Telangana Area is around 114,840 square kilometres (44,340 sq mi) and approxmate Population of 37,493,478 (2011 census). Telanagna is Twelth Largest State In India. The Telangana major Citites includes such as Hyderabad, Warangal, Nizamabad, Karimnagar and Ramagundam. 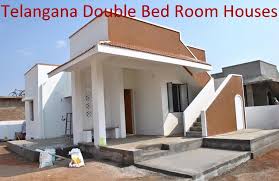 Telangana  is a Telugu Speaking Region, but earlier it as was ruled by Nizam of Hyderabad. Earlier Telangana was merged with former Andhra State to form Andhra Pradesh. But the efforts have been made the change the State, now Hyderabad is the Capital Telangana is a seprate State.
Telangana Kalvakuntla Chandrashekar Rao is known as KCR, Father of Telangana. He if the Very First Chief Misiter of Telangana and he was also former member of Legaslative Assembly of Medak District in the State of Telanagana. He started his journey from the 2nd June of 2014 as a Chief Minister of Telangana.
Kalvakuntla Chandrashekar Rao (KCR) early come up with as many as schemes for the Citizen of Telangana, which was nobody has done Previously in this Region.

Look at the Schemes of Loving KCR who made really helpfully and Proudfully to this all about this Scheme.

Learn about the Condition for Applying the Telanagna Double Bed Room Scheme from Telanagana Government.

Chandrashekar Rao (KCR) is new Mission is to provide Double Bed Room to all the Poor Family. He Appointed Indrakaran Reddy, minister to make this Double Bedroom housing Successfully with some of the conditions which you have to follow and apply to the Double Free housing scheme.
Just go any Internet Cafe and visit the Website of “www.hb.telangana.gov.in” or “www.aphb.gov.in” and fill up your Application and sent to the Executive Engineer, which is Western Division of Telangana Housing Board, 4th Floor, APHB Commercial Complex, Opp. Siva Parvathi Theater, Kukatpally Main Road, Kukatpally, Hyderabad – 500 072, along with 10% Notified cost of application form which is (Nonrefundable).
Registration Fee:
Notified Cost of the Application fee is in the Deman Draft in Favour of your Director (EDS) or E-seva C/O Executive Engineer  Housing Board payable at Hyderabad.
For Telangana double bed room scheme application form use this link and get TS state double bed room scheme application
http://www.aphb.gov.in/Downloadtabfiles/APPLICATION.pdf

Why should You Absolutely Create a Business Video

web design trends and Examples for 2017

How to Installing and Configuring Server Zope and Plone

Complete Guide to integration with the graphical environment of WordPress (Part...

How to show Google Analytics statistics to the public

How To Optimize WordPress Robots.txt File For Google Search Engine

6 advantages to having a responsive site

See 6 advantages to having a responsive site

How to apply for new pan card online

customize the WordPress Dashboard for Clients

How to Customize Your WordPress Admin Dashboard | WordPress User Dashboard...